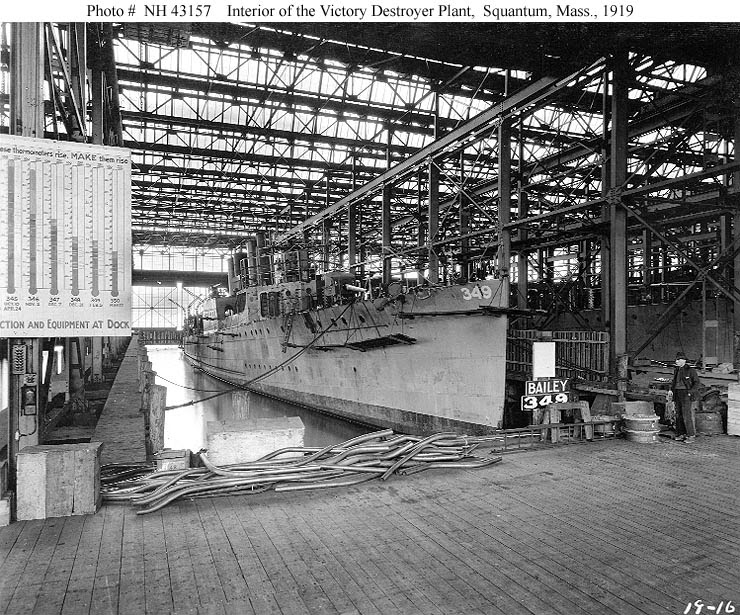 Figure 1:  Victory Destroyer Plant, Bethlehem Shipbuilding Corporation, Squantum, Massachusetts. Interior of the wet slips, with USS Bailey (DD-269, builder's Hull No. 349) fitting out in the center. The less-advanced hull to the right may be USS Morris (DD-271). Of the ships represented on the "thermometer" progress chart at left, Hulls 346-348 -- Greene (DD-266), Ballard (DD-267) and Shubrick (DD-268) -- were completed outdoors at this time and Hull 345, USS Edwards (DD-265), had been commissioned on 24 April. Photographed between 27 April and 3 May 1919 by Monks & Johnson, Boston, Mass. US Naval Historical Center Photograph. Click on photograph for larger image. 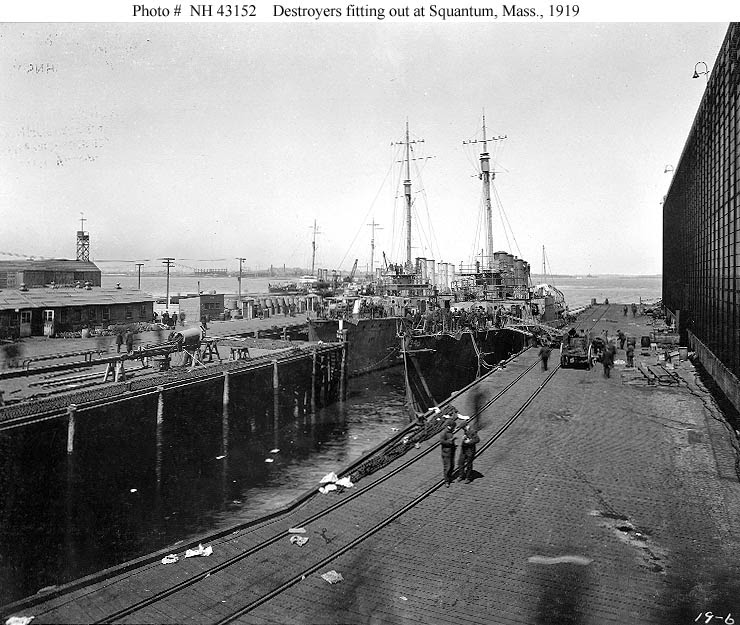 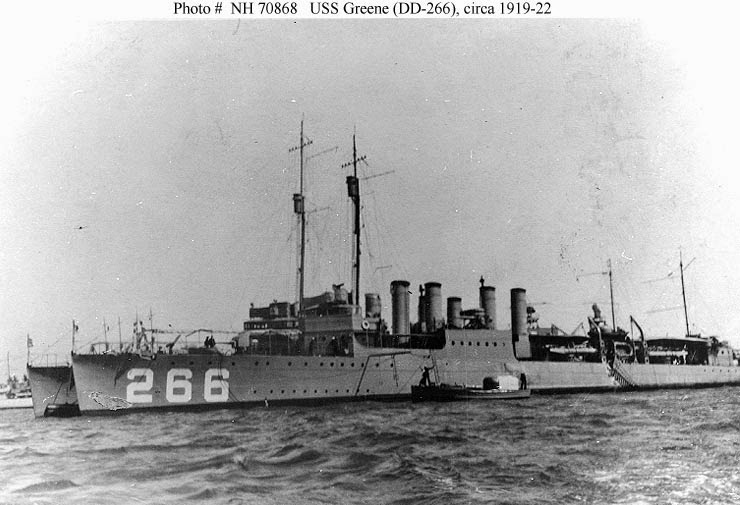 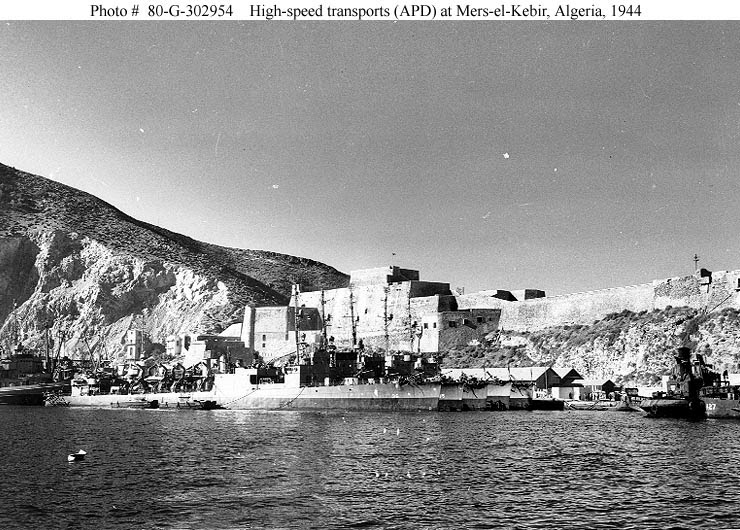 Figure 4:  High-speed transports (APD) at Mers-el-Kebir, Algeria, in late 1944. The APDs present, in center, are: USS Greene (APD-36) -- closest to camera; USS Osmond Ingram (APD-35) -- next inboard; USS Barry (APD-29); USS Roper (APD-20); and USS Tattnall (APD-19). At the extreme right is USS Hilary P. Jones (DD-427). This photograph was dated January 1945, but was taken at least a month earlier. Note the old fort in the background. Official US Navy Photograph, now in the collections of the National Archives. Click on photograph for larger image.


Named after Commander Samuel Greene (1839-1884), the former commanding officer of the first ironclad, USS Monitor, the 1,215-ton USS Greene was a Clemson class destroyer that was built by the Bethlehem Shipbuilding Corporation at Squantum, Massachusetts, and was commissioned on 9 May 1919. The ship was approximately 314 feet long and 30 feet wide, had a top speed of 35 knots, and had a crew of 122 officers and men. Greene was armed with four 4-inch guns, one 3-inch gun, 12 21-inch torpedo tubes, and depth charges.

After being commissioned, Greene visited France and England in June and July of 1919. She was transferred to the US Navy’s Pacific Fleet later that year. The ship was placed in reserve from March 1920 to September 1921, then was briefly active along America’s west coast. Greene was decommissioned in June 1922 and remained that way for the next eighteen years.

With the start of World War II in Europe in 1939 and the possibility of war looming for the United States, Greene was re-commissioned in June 1940. However, the ship was converted into a small seaplane tender and re-designated AVD-13. Greene was active in the Atlantic in April 1941, supporting seaplanes in the Caribbean and off the coast of Brazil until mid-1942, after America officially entered World War II. Greene then was used as a convoy escort from mid-1942 to late 1943, joining the escort carriers USS Bogue (CVE-9) and USS Core (CVE-13) on anti-submarine “hunter-killer” operations. Greene’s missions with Bogue from April to June 1943 resulted in the destruction of three German U-boats and earned Greene a Presidential Unit Citation.

Greene reverted to her old hull number DD-266 From December 1943 to February 1944. She was modified for service as a high-speed transport in early 1944 and was re-designated APD-36 for that role. In April 1944, Greene left the United States and crossed the Atlantic and then entered the Mediterranean, where she participated in the invasion of Southern France in August. Subsequent Mediterranean escort duties kept Greene occupied until December 1944, when she returned to the United States for transfer to the Pacific.

Greene arrived in the western Pacific in March 1945. The ship was given escort and anti-submarine duties during the invasion of Okinawa and remained off that island until the Japanese surrendered in August. In September, Greene assisted in evacuating former American prisoners of war who were located not far from the Japanese port of Nagasaki, which had been obliterated by the atomic bomb. Greene picked up the former P.O.W.s from what was left of Nagasaki and brought them to Okinawa for final evacuation to the United States.

Unfortunately, a major typhoon took place on 9 October 1945 and winds in excess of 100 knots forced Greene aground on the island of Okinawa. The storm so severely damaged Greene that it was determined the ship was not worth repairing. USS Greene was officially decommissioned on 23 November 1945 and her hulk was destroyed in February 1946. It was a sad ending for a ship that earned three battle stars for her service during World War II, along with the Presidential Unit Citation.
Posted by Remo at 7:55 AM